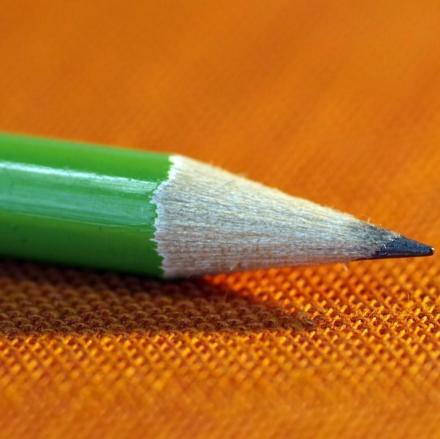 While many cities are shrinking the attention for this topic is on the rise. Mostly, the media, policy makers and spatial planning researchers have been attracted to the phenomenon of shrinking cities (in the book also referred to as ‘urban shrinkage’ and ‘(continuous) decline’). Most of us are aware of the dire situation in Detroit and have seen the photographs of its abandoned buildings. However, we can see this also in Europe. In fact, nearly half of Europe’s cities – home to one-third of the continent’s population – are shrinking in one way or another. Given the global trends it is very likely that shrinkage is there to stay; it might even become more widespread. As such, shrinking cities are very relevant for Europe’s future. Surprisingly, limited attention has been given to this topic so far.

Against this background, the book* explores the phenomenon of shrinkage in a number of European cities. It emphasises the need to create viable strategies in the context of decline. The book asks the basic question: what planning actions could avert or mitigate the worst effects of shrinkage? The authors reflect on European initiatives to shed light on shrinkage and provide appropriate responses accordingly. They offer examples of how different actors (businesses, governments, citizens) address problems caused by shrinkage and ways to deal with it by making use of policy, planning, social and economic actions.The main argument the authors of this volume bring forward is the inadequacy of current planning approaches for shrinking cities. In particular, this is true for the widely accepted growth paradigm (where success is defined in the terms of growth). It is argued, however, that alternative planning mechanisms and strategies are necessary. In the book a variety of case studies is presented offering examples of such alternative approaches.

The introductory chapter sets the scene and gives an overview of the current literature on shrinking cities. Quotes from most relevant shrinkage publications from recent years are used which give the reader a good insight in the relevant literature. Moreover, the European policy context regarding shrinking cities is introduced. The following chapters present various case studies. The case selection is so wide-ranging that it could be argued that it is somewhat arbitrary. For example, the case of Detroit and civic engagement in Europe’s rural areas are not really exemplary of European urban shrinkage. The broad focus of the book is at the same time its strength and its weakness. The breadth provides exemplary cases tackling many different topics, which is typical for the urban shrinkage topic: it is exceeding one discipline and it is very complex in its nature. With its broad approach, the book clearly demonstrates the complexity of the topic. The side-effect of this is that it sometimes lacks depth when it comes to specific issues in shrinking cities. At the same time, the case studies can serve as a useful guide for policy makers and shrinking cities researchers. Moreover, the use of real life examples and best practices in the different chapters are illustrative.

In the book a lot of topics are covered: learning from shrinkage experience in the United States; civic engagement, leadership and community development; the temporary use of facilities and resources; addressing problems of oversized utility infrastructures; environmental design and land-use planning; opportunities for urban food production; the management of urban land markets; the co-production of public services and strategy; fostering the social economy; age-friendly strategies and considering the need to rethink the strategy processes in shrinking cities. With regard to the last topic the author of the chapter pleas for “… focus on quality of life rather than growth in narrowly economic, materialistic and profit terms” (p. 8), a quote that represents the red line through the book. This chapter is also interesting because it addresses the barriers to develop strategic responses to shrinkage. One of the problems is that those who decide on the strategic direction of a shrinking city often are unfamiliar with the impacts of shrinkage. The author therefore calls for a paradigm shift: traditional interventions based on growth principles are no longer appropriate. Instead finding ways to ‘shrink smart’ is essential.

The closing chapter builds on all contributions of the book and concludes that the progress of European cities depends on working within the space that neoliberalism provides today. This implies dealing with consequences of shrinkage in innovative ways. The priorities for tackling shrinkage in Europe’s cities are raised as well: (1) dealing with surplus service infrastructure and land, (2) fostering temporary uses of buildings and land, (3) enhancing the social economy and co-production of services and (4) facilitating inclusive strategies and governance processes. Although the priorities are set, I feel that they could be explained in a more concrete way. Future publications could tackle this by looking into how the four priorities could be achieved. Considering the predictions for European societies, future directions for European shrinking cities is certainly a topic worthwhile exploring. The book at hand offers an up-to-date overview of the literature on shrinking cities, a variety of interesting case studies and generic suggestions for policy making. As such, it is useful for planners, planning theorists and authorities. With its call for action and many case examples the book is a valuable contribution to the shrinking cities literature.